‘One Domino Falls’—Crypto Braced For A $10 Trillion Earthquake As The Price Of Bitcoin, Ethereum, BNB, XRP, Solana, Cardano And Dogecoin Swing 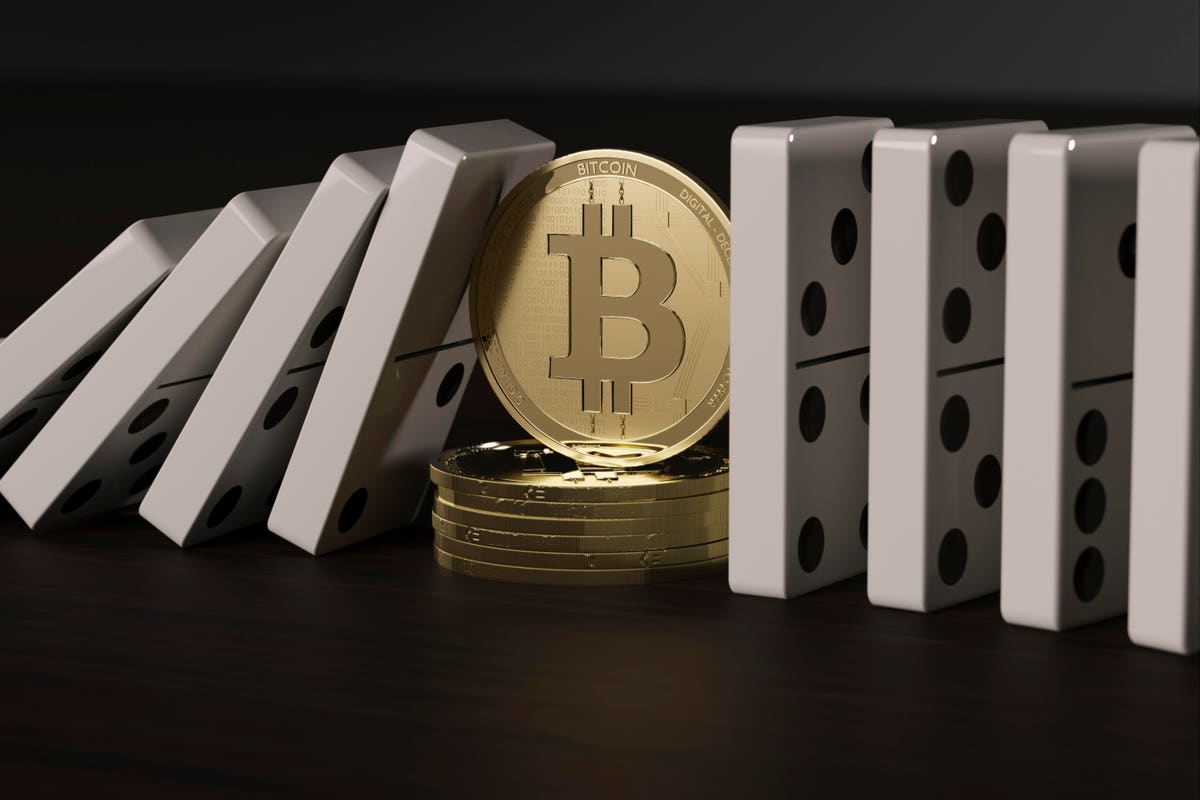 Bitcoin, ethereum and other major cryptocurrencies have swung wildly this week as the crypto market undergoes a radical shift – prompting a game-changing warning.

The bitcoin price crashed below $20,000 per bitcoin as traders braced for a Federal Reserve bombshell, while the ethereum price lost nearly 20% in the wake of its long-awaited upgrade (which some think could play havoc with crypto market dynamics). Other top ten cryptocurrencies including BNB, XRP, solana, cardano and dogecoin also lost ground as regulators surround the crypto market.

Now, after the world’s largest asset manager Blackrock “opened the floodgates for institutions to access bitcoin,” reports have emerged that investment giant Fidelity is considering offering bitcoin trading services to its 34.4 million retail investor base.

Want to stay ahead of the market and understand the latest crypto news? Register now for the free CryptoCodex—A daily newsletter for traders, investors and crypto-curios

Fidelity Investments, which boasts $9.9 trillion in assets under administration as of June this year and began mining bitcoin as far back as 2015, is considering opening up the bitcoin and crypto market to its 34.4 million brokerage accounts, is reported by the Wall Street Journal this week.

“After one domino falls, the rest will come. This is exactly the type of confirmation that asset managers need to enter the crypto space themselves,” Marcus Sotiriou, an analyst at London-based digital asset brokerage GlobalBlock, said in e- post comments said, adding the move shows Fidelity’s “faith in bitcoin’s longevity.”

Earlier this year, Fidelity sent ripples through the crypto market when it said it would begin allowing its 401(k) retirement savings account holders to invest directly in bitcoin, prompting a backlash from regulators and lawmakers. Influential senator Elizabeth Warren called the plan “extremely troubling,” warning bitcoin could be too risky an investment for retirement savers, while the Labor Department’s acting assistant secretary said he had “serious concerns.”

Sign up now for CryptoCodex—A free, daily newsletter for the crypto-curious

“A bird told me, a little bird in my ear, told me Fidelity is going to switch its retail clients to crypto very soon,” Novogratz said on stage at the Salt conference in New York. “I hope that bird is all right.”

In 2021, Fidelity global macro director Jurrien Timmer gave his backing to bitcoin, saying it has a “unique advantage over gold.”

“Bitcoin is gaining credibility, and as a digital analogue of gold, but with greater convexity, my guess is that over time bitcoin will take more market share from gold,” Timmer wrote.

‘Skandal! Bringing Down Wirecard’ Netflix Review – The Biggest Scam in the Financial World!

Crypto investors try to profit off of Queen...

Ethereum merge: What you need to know

How Can You Tell if a Cryptocurrency is...

Ethereum (ETH), Cosmos’ IBC Can Be Bridged Through...

Chart Of The Day: Why Bitcoin Will Keep...

These common myths about Ethereum’s ‘Merge’ could trip...

What Bitcoin Needs To Regain Its Higher Marks,...

Bitcoin and Ethereum Consolidate Losses, Recovery Could Be...